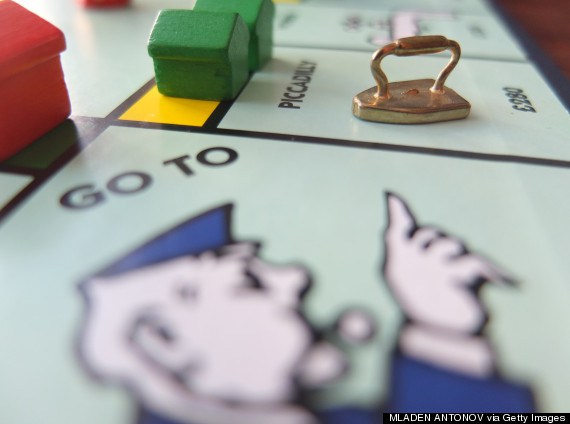 Tokens for the popular board game Monopoly are seen in this photo illustration in Washington, DC on February 6, 2013. It is the world-famous game on which many a player shined as a property tycoon and where luckless strugglers went to jail, but after a public vote one of Monopoly’s tokens will never again pass go. Of the handful of metal pieces whose journey around the board depended on a throw of a dice, a month-long ballot conducted on Facebook will result in the iron(C) being consigned to history, and a cat will take its place, the game’s maker, Hasbro, said on Wednesday. AFP PHOTO / MLADEN ANTONOV (Photo credit should read MLADEN ANTONOV/AFP/Getty Images)